(Natural News) British funeral undertaker John O’Looney spoke to independent journalist Lindie Naughton recently, giving her the full scoop about what is really going on with all the elderly people who are supposedly dying from “covid” in care homes and hospitals.

Corrupt politicians and their media brainwashers, O’Looney revealed, are lying to the public about there being a “deadly virus” that is killing old people. In truth, virtually all seniors are dying from the Big Pharma drugs they are being given, he says.

The most prominent death drugs being given to the elderly are Wuhan coronavirus (Covid-19) “vaccines,” which O’Looney says caused deaths among old people to spike by about 250 percent.

“As part of my work I visit hospitals routinely. During the pandemic I got to speak to many medical staff,” O’Looney told Naughton. “We all understood we were being lied to and this was fraud.”

As an undertaker, part of O’Looney’s job is to keep a mortuary record, or “guest book,” showing a record of any unusual events observed during the burial or cremation process.

Undertakers at large, O’Looney maintains, saw strange patterns of death at elderly care homes where old people were dying not from the Chinese Virus, but rather from the medications they were being given by their “caretakers.”

You can watch a video of Naughton’s interview with O’Looney below:

The plandemic is really just mass genocide in disguise

The same thing is being observed with “delta” and the other new “variants” that are supposedly spreading like wildfire throughout the population. Elderly people, upon receiving the experimental chemical injections they are calling “vaccines,” are dying in record numbers.

Any death that occurs in the age of the Wuhan Flu, it turns out, is automatically labeled a “covid” death, especially when it occurs in an old person. This is an easy way for the medical fascists to pad the numbers and make it seem like we are in the throes of a “pandemic.”

According to O’Looney and others who work in his industry, the “pandemic” is actually a deliberate mass genocide. People are dying, he says, because someone else wants them to die and is killing them with drugs.

There are almost no real-life journalists who are willing to investigate this, Naughton being one of the exceptions. It is an uncomfortable and very politically incorrect subject that would likely cost many of them their jobs, hence the silence.

It is a subject that deserves attention, though. India’s massive “delta wave,” which was reported back in the summer, directly coincided with that county’s mass vaccination campaign. Similar spikes in disease and death have been observed elsewhere immediately following the introduction of the jabs.

The longer this is allowed to go on, the more the death numbers are going to rise. And if the prevailing narrative that the “unvaccinated” are responsible for this is allowed to prevail, then a global medical police state will be crystallized as the “new normal.”

“The jab is the delta ‘variant,’” wrote one commenter below the video interview. “The obvious is for some reason not obvious. The 5G is also the ’cause’ of the scamdemic and it is the reason why in India, 5G towers are being burned down because they understand the correlation.”

The latest news about Wuhan coronavirus (Covid-19) deception can be found at Pandemic.news.

Sources for this article include: 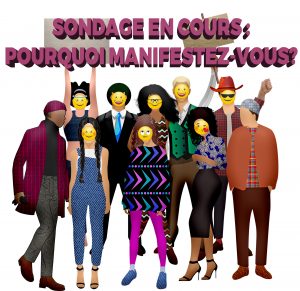